Looking up and down the Schuylkill River with the Philadelphia skyline now clearly visible. Following the tracks used by Amtrak and NJ Transit we continue along the Schuylkill River seeing the boathouses across the river. Soon we approach the entrance to the 30th Street Station. Coming from the west on the old PRR Main Line we ride along a wide old right of way. Coming from the west, we join the Main Line coming from New York. At this junction we see some old Philadelphia row houses. As we continue toward the upper level platforms at the 30th Street Station we pass other SEPTA equipment. A viaduct between the tracks used by Amtrak and NJ Transit and those used by SEPTA allows freight traffic to bypass the 30th Street Station. The Philadelphia skyline as we approach 30th Street Station from the north and the west. 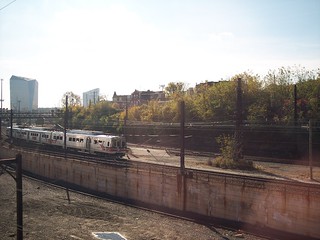 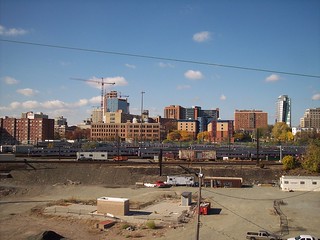 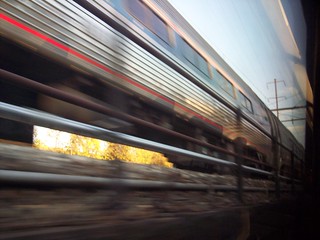 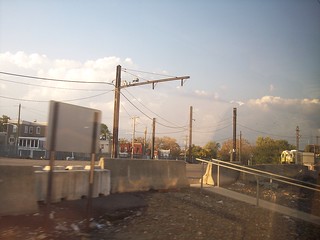 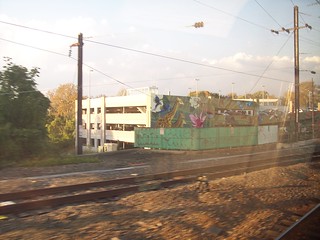 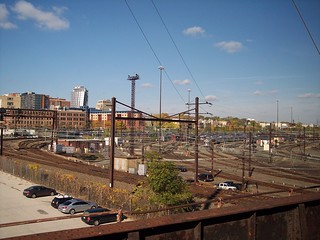 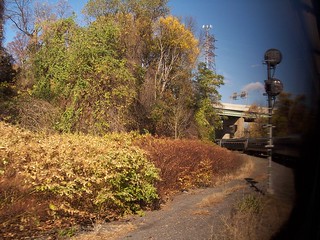 A look at SEPTA near 30th Street from the High Line freight tracks and a couple a views from the tracks along the west shore or the Schuylkill River from the Amtrak Autumn Express trip in 2014. 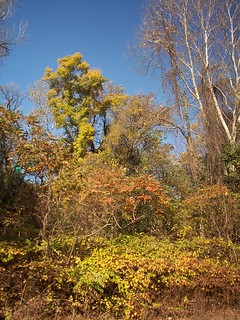