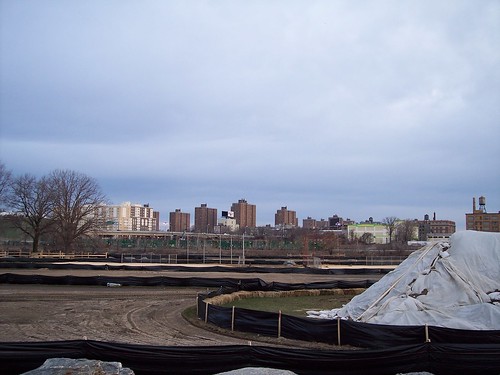 The end of the line for the NYW&B and NYNH&H Harlem River Branch was at the Harlem River station at Willis Avenue and 133rd Street. The site is no longer accessible, but the area can be seen from nearby Wards Island. Unfortunately the fields were fenced off when I visited so I couldn't get nearly as close as I had hoped, but the station was in the general area of the garbage train in the distance.