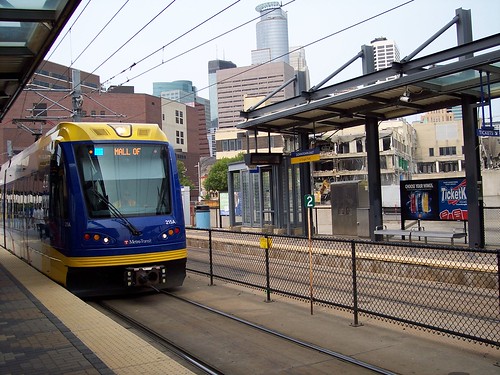 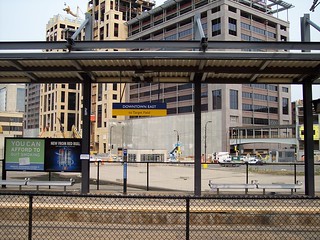 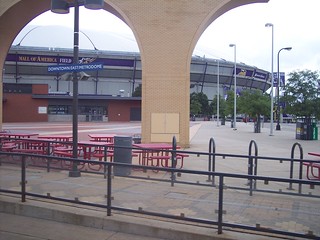 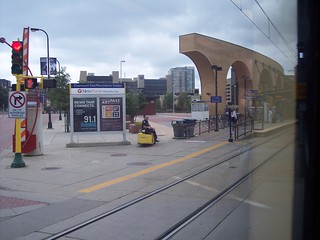 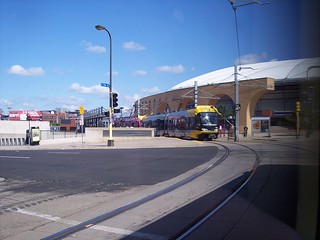 A look at each end of the station. 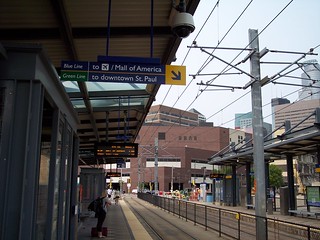 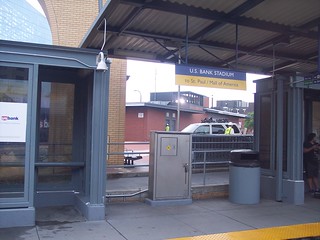 Signs state the destination of both Blue Line and Green Line trains that stop at the station. When we visited in 2016 the station name had changed again, now to U.S. Bank Stadium. 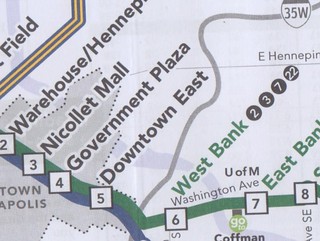